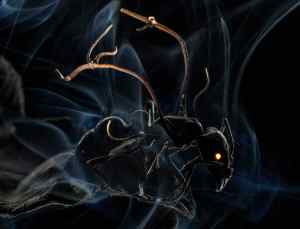 ATTENTION EDITORS – PICTURE 9 OF 19, PART OF A SERIES FEATURING THE WINNERS OF THE WORLD PRESS PHOTO CONTEST 2015

Anand Varma, a U.S. photographer working for the National Geographic, won the First Prize in the Nature Category, Stories, of the 2015 World Press Photo contest with his series of pictures, which includes this one of spores of a fungus landing on an ant, penetrating its exoskeleton and entering its brain, compelling the host to leave its normal habitat on the forest floor and scale a nearby tree, in this picture taken January 22, 2014 and released by the World Press Photo on February 12, 2015. The prize-winning entries of the World Press Photo Contest 2015, the world’s largest annual press photography contest, were announced February 12, 2015. REUTERS/Anand Varma/National Geographic/World Press Photo/Handout via Reuters (UNITED STATES – Tags: ANIMALS ENVIRONMENT SOCIETY TPX IMAGES OF THE DAY)

ATTENTION EDITORS – NO COMMERCIAL OR BOOK SALES. NO SALES. NO ARCHIVES. FOR EDITORIAL USE ONLY. NOT FOR SALE FOR MARKETING OR ADVERTISING CAMPAIGNS. THIS IMAGE HAS BEEN SUPPLIED BY A THIRD PARTY. IT IS DISTRIBUTED, EXACTLY AS RECEIVED BY REUTERS, AS A SERVICE TO CLIENTS. MANDATORY CREDIT