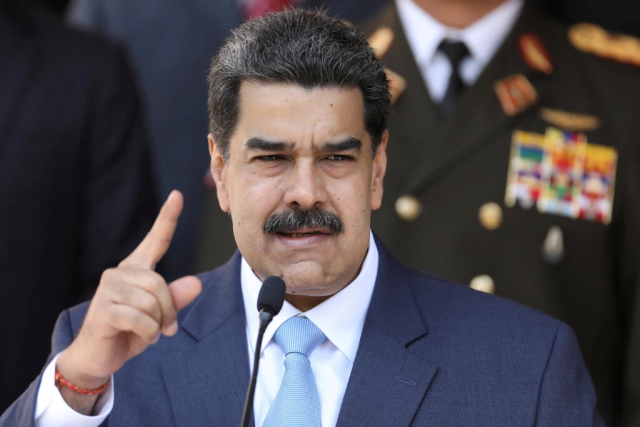 In any other year, the recent claim by Colombian President Ivan Duque that Venezuela is actively looking to acquire medium – to long-range missiles from Iran, the world’s leading state sponsor of terrorism, would make major headlines in the United States.

By The Hill – Joseph M Humire

But 2020 is no ordinary year. Aside from the pandemic, this is an election year and most Americans are preoccupied with politics. Many are concerned about ongoing social uprisings. America’s enemies abroad, namely Iran and Venezuela, are paying attention to the internal dynamics in the U.S. and looking to capitalize on an opportunity.

That moment could come on Oct. 18, when the 13-year-old arms embargo on Iran is set to expire. The Trump administration anticipated this moment, but was denied an extension of the embargo at the United Nations Security Council (UNSC); it now has requested that the council invoke the “snapback” provision of the 2015 Iran nuclear deal. UNSC Resolution 2231, a separate, independent document from the Joint Comprehensive Plan of Action (JCPOA) political agreement, would not only extend the arms embargo but also reinstate all previous sanctions on the Islamic Republic.

While the legal battle ensues at the UNSC, Iran is crafting a strategic challenge to the threat of sanctions by signaling a potential arms transfer to the Western Hemisphere’s most brutal regime — that of Nicolás Maduro in Venezuela.

Maduro’s government is responsible for Latin America’s worst humanitarian crisis in modern history. At least 5.2 million Venezuelans have fled the country since 2014, making it the second-highest refugee outflow. Many are fleeing repression, highlighted in recent United Nations Human Rights reports citing more than 8,000 extra-judicial killings since 2018. But many more are fleeing the harsh economic conditions; Venezuelans are suffering mass shortages of food, medicine and even fuel, despite sitting on some of the world’s largest oil reserves.

Iran has used the fuel crisis in Venezuela as an opportunity to test its sanctions resistance strategy. In an act of defiance to U.S. sanctions, Iran has sent flights to Venezuela by Mahan Air, as well as vessels by IRISL and several technicians from its National Petrochemical Company (NPC). All are Iranian state-owned or -controlled entities sanctioned by the U.S. for dual-use activity with Iran’s clerical army, the Islamic Revolutionary Guards Corps (IRGC).

The IRGC’s presence in Venezuela is not new. They have been building a covert procurement and proliferation network in Venezuela for at least 15 years through various opaque military projects with Venezuela’s defense industry, CAVIM. Yet, 2020 is the year Iran’s military presence emerged from the shadows in an effort to legitimize its footprint in Venezuela. By sending fuel, food, technicians, and even opening the first Iranian supermarket in the capital city of Caracas, Iran has made visible a once covert network managed by the IRGC’s Quds Force.