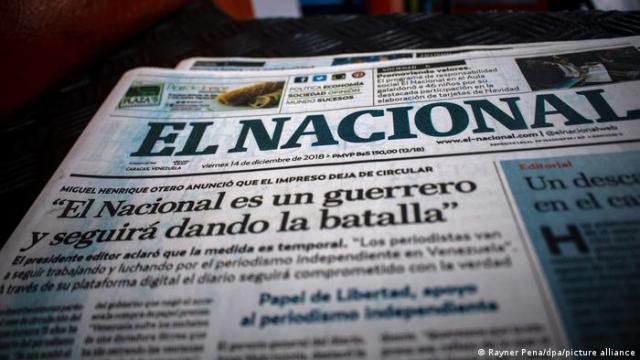 The paper’s general manager called the seizure, which followed a court ruling, “an attack on democracy.” The move is the latest blow to press freedom in the Latin American country.

Venezuelan authorities seized the main offices of the anti-government El Nacional newspaper on Friday after the media organization failed to pay a $13 million (€10.7 million) fine related to a defamation ruling.

Venezuela’s Supreme Tribunal of Justice (TSJ) ordered the paper to pay the fine last month, ruling on a 2015 lawsuit against the outlet filed by Diosdado Cabello, a lawmaker and member of the ruling United Socialist Party of Venezuela.

What were the defamation charges?

Cabello filed the suit after the paper republished a Spanish article which claimed US authorities were investigating him over alleged ties to drug traffickers.