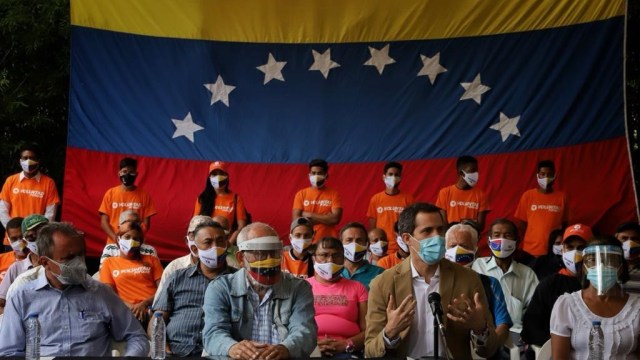 “I call you to go out to the streets of Venezuela on July 5th to sign the National Salvation Agreement to achieve a solution to the crisis in the country,” in this way the President in Charge, Juan Guaidó, invited Venezuelans to be an active part of the proposal.

The call was made this Friday, June 18th, during a press conference with national and international media in the city of Caracas, where he also said that during assemblies that will be held in all states and municipalities of the country, citizens may sign the National Salvation Agreement.

He recalled that since the proposal was presented last May, he has gone to meet Venezuelans to personally explain what it is about, what is the scope, what role citizens should play, etc. He also highlighted the work that representatives of political parties in every corner of the nation have done in this regard.

The also president of the legitimate National Assembly, indicated that in the next few days they will give details of the sites, time, among other data, on the activity scheduled for Monday, July 5th of this year. He asked to be attentive to the official information channels of the interim government.

“The possibility of generating this National Salvation Agreement depends on Venezuelans. The exercise of the majority has been decisive in our struggle, as has been the international support. That is why the call to sign the Agreement.”

President in Charge Guaidó defined the call for free and fair elections as a “clear need” to end the crisis in the country, which is part of what is proposed in the National Salvation Agreement.

“The solution to the conflict in Venezuela is a presidential election in competitive conditions. Venezuela does not need another failed negotiation, but a comprehensive Agreement.”

Regarding the Delegation of the Unitary Platform that went on an international tour to add support to the National Salvation Agreement, he said that in due course they will inform about the people who compose it, as happened last Thursday, June 17th.