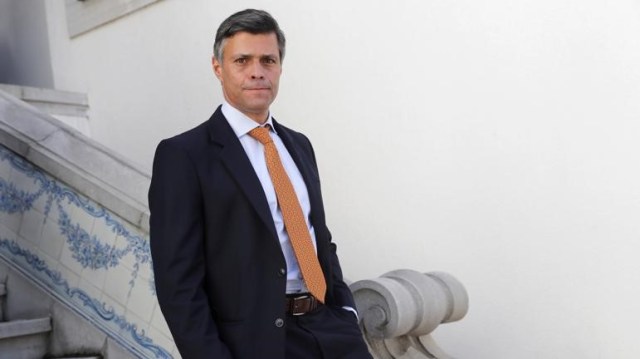 Venezuela has filed a request to get a prominent opposition activist extradited from Spain to complete the remaining 8 years of a 14-year prison sentence for instigating violence in antigovernment protests and other alleged crimes, The Associated Press learned Tuesday.

Leopoldo López is a former Caracas-area mayor who has led some of the recent years’ biggest challenges to the rule of Venezuelan President Nicolás Maduro. He fled the country last year and found shelter in Spain.

It wasn’t immediately clear if the Spanish government or the National Court, which handles all extradition matters in the country, would allow the lengthy extradition procedure to begin.

But a Spanish government official who wasn’t authorized to be identified by name in media reports told the AP that the request arrived Monday via the Venezuelan Embassy in Madrid.

The Foreign and Justice ministries are involved in vetting the request first, which needs to be elevated to the Cabinet led by Prime Minister Pedro Sánchez before it even lands in the hands of a judge.

The Spanish judiciary has in the past refused to extradite former Venezuelan officials accused of corruption and dissidents sought by Caracas, with judges arguing that their concerns they would be politically prosecuted were founded.

Even if the request is finally dismissed, it will bring pressure from opposition parties on Sánchez’s left-wing coalition government, which has tried to keep channels of communication open with both the Venezuelan government and its opponents.

If allowed to proceed judicially, it could also snare López in lengthy legal red-tape and a judge could restrict the politician’s overseas travel.

The 50-year-old politician, who has used his Madrid base to lobby European and other governments in the opposition’s campaign for free elections, has said he’s at the disposal of the court to voluntarily appear before Spanish judges “as many times as I am called in.”

Venezuela’s High Court had announced earlier this month that it would seek to extradite López for serving “eight years, six months, 25 days and 12 hours” of a sentence he was given for a conviction on arson, injuries, public disorder and criminal association charges.