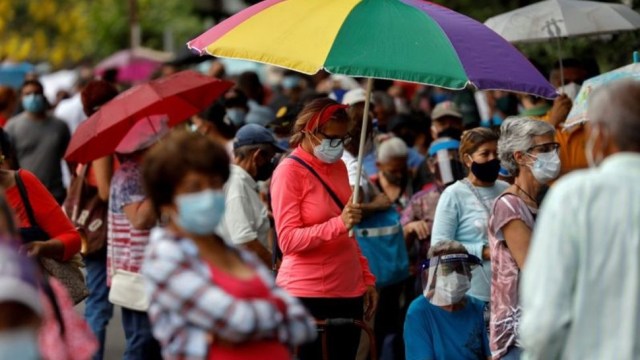 With its access to the global financial system restricted by U.S. sanctions, Venezuela managed to make some payments for the country’s coronavirus vaccines by asking a handful of private local banks to pay on the government’s behalf, two sources familiar with the matter said.

By US News – Mayela Armas

The banks have used foreign currency obtained through transactions with international credit and debit cards within Venezuela to pay COVAX, an initiative that provides vaccines to poor countries, said the people, who spoke on the conditions of anonymity and that the participating banks not be named.

It was not clear how or if the banks were compensated, nor what portion of the payments to COVAX have been made by the banks. So far, Venezuela has paid about $109 million to COVAX, about $10 million shy of what it owes, Venezuelan officials said earlier this month.

The tactic is the latest sign of how President Nicolas Maduro often finds ways around the obstacles created by the U.S. sanctions, aimed at ousting him over accusations of vote-rigging and rights violations.

That does not mean it has been easy. Government officials have said for months that the sanctions were impeding its ability to make the international bank transfers necessary to pay for the COVAX doses.

Venezuelan officials have said they expect to receive some 5 million vaccine doses through COVAX. But so far the country has received none, although most regional neighbors from Nicaragua to Colombia having already received hundreds of thousands of doses under the program.