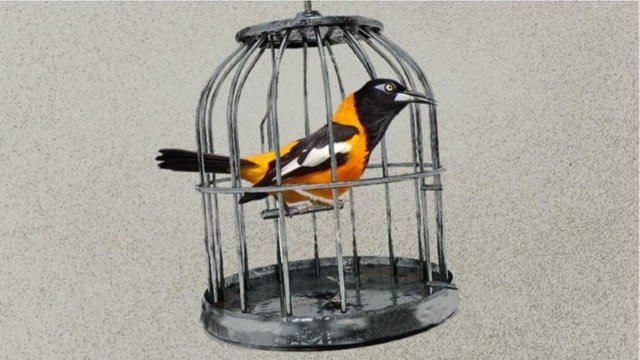 The actual complexities of reality are difficult to put into structured, cohesive arguments, leading public debate toward simpler and generally binary discussions. When confronting a level of extreme complexity such as the Venezuelan crisis, Argentina’s political actors tend to align themselves ideologically: to different degrees those close to the ruling “Frente de Todos” coalition defend the regime of Nicolás Maduro, while supporters of the opposing “Juntos por el Cambio” coalition consider it Venezuela’s government to be a dictatorship that must be toppled by any means possible. Hardliners in the opposition close to former president Mauricio Macri continue to use the electoral slogan that “Kirchnerism will take us down the road to Venezuela,” while their counterparts in the pan-Peronist coalition led by Alberto Fernández and Cristina Fernández de Kirchner deny evident human rights violations perpetrated by the Maduro regime, continuing to describe it as “democratic.”

In Venezuela, both Maduro and main opposition leader Juan Guaidó appear to have noted the changing winds of the times, recently expressing pragmatic positions based on dialogue with each other. In his interview with Perfil’s Jorge Fontevecchia, Guaidó repeats time and time again that it’s time to put all options on the table in order to ensure free and fair elections as soon as possible. He calls it his “salvation plan” for Venezuela. And while he continues to denounce Maduro and his henchmen as human rights violators and dictators, he makes it clear that he would be happy to see them board a plane to Cuba and be done with them, even if judicial processes are still underway at the International Criminal Court.

For his part, Maduro chatted with Bloomberg Television and, despite lambasting the Yankee imperialists, he made a thinly veiled plea to US President Joe Biden to lift crippling economic sanctions in exchange for concessions. Indeed, in the interview, Maduro asks for the country to be allowed to export oil, gold and other commodities in order to be able to pay bondholders, while inviting US investors to sink capital into the embattled South American nation. “Over the past two years” the Maduro regime has “cut subsidies on everything from gasoline to credit, eliminated price controls, dropped restrictions on imports, and allowed for an ad hoc dollarization of the economy,” writes Bloomberg’s Erik Schatzker (who conducted the interview). “The mandarins of capitalism at the International Monetary Fund couldn’t have scripted it better,” he adds, noting the reforms are pushed by Vice-President Delcy Rodríguez’s adviser Patricio Rivera, Ecuador’s former economy minister.

Whether it was Biden’s electoral victory over Donald Trump in the United States or the impact of the global coronavirus pandemic on an already imploded economy, both sides of the Venezuelan grieta have publicly stated their intention to sit at the negotiating table. This is a massive step forward after years of deadlock, during which the balance of power has swayed but eventually remained in Maduro’s court. After several botched popular uprisings, Guaidó’s carefully planned strategy nearly worked in toppling the Chavista regime in 2019. With Trump in the White House, the US had Venezuela in its crosshairs, while throughout Latin America a series of rightist presidents aligned themselves to form a regional block that extended over to Europe. Macri here in Argentina, Jair Bolsonaro in Brazil and Iván Duqué in Colombia practically threw their support behind an aggressive strategy by the US that involved recognizing Guaidó as interim president and nearly calling for a military invasion. It almost worked, but Maduro held on.

Read More: Forbes – Maduro, Guaidó and Alberto Fernández: The beginning of a new phase in Venezuela?