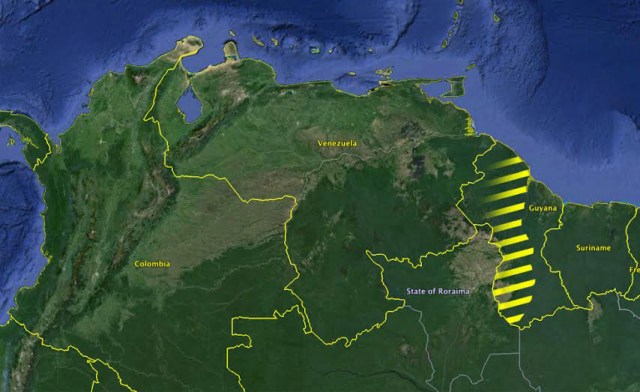 Venezuela celebrates its Independence Day on July 5. On this day in 1811, a congress of Venezuelan provinces adopted the Venezuelan Declaration of Independence, making Venezuela the first independent state in South America.

By Any Day Guide

Spanish colonization of what is now Venezuela began in 1522. The first permanent settlement was founded in the present-day city of Cumaná. Throughout most of the 16th century, Venezuela was administered as part of the Viceroyalty of New Granada, before becoming an autonomous Captaincy General in 1777.

The American and French Revolutions in the second half of the 18th century had a profound affect on South American colonies. A revolutionary wave started in Haiti, which began to fight for independence in 1791, and soon spread to Spanish and Portuguese colonies, including Argentina, Bolivia, Brazil, Colombia, Chile, Ecuador, Mexico, Paraguay, Peru, Uruguay, and Venezuela.

On April 19, 1810, the municipal council of Caracas deposed Captain General of Venezuela. This was the beginning of the Venezuelan War of Independence. The independence movement was led by people like Francisco de Miranda, who had participated in both the American Revolutionary War and the French Revolution, and Simón Bolívar, who would lead not only Venezuela, but also Bolivia, Colombia, Ecuador, Peru and Panama to independence.

After a series of uprisings, seven of the ten Venezuelan provinces separated from the Captaincy General of Venezuela and declared their independence from the Spanish Crown on July 5, 1811. The Venezuelan Declaration of Independence proclaimed the American Confederacy of Venezuela, a new nation based on the premises of equality, dedication to freedom of expression and abolition of censorship.

Although the Venezuelan War of Independence lasted until 1823, it is the anniversary of the 1811 Declaration of Independence that is observed as Independence Day. Venezuela Independence Day is also known as Cinco de Julio (the Fifth of July). Since it is a public holiday, all schools and government offices are closed, as well as some private enterprises. Most Venezuelans spend the day bonding with their family and friends and engaging in various outdoor and indoor activities.