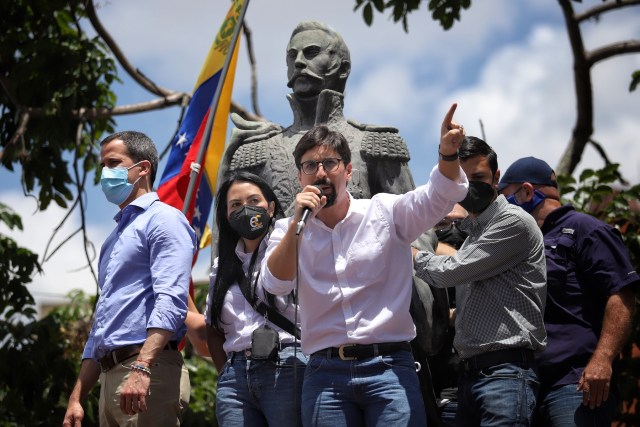 Venezuelan authorities arrested opposition leader Freddy Guevara, an ally of Assembly President Juan Guaido, on Monday after being charged with terrorism and treason.

Guaido, recognized by the United States and other nations as Venezuela’s interim president, claimed separately he was approached by armed men threatening to arrest him earlier in the day as he left his apartment to assist Guevara, Reuters reported.

Guevara was arrested on charges of “ties with extremist groups and paramilitaries associated with the Colombian government,” according to a statement by the Venezuelan government’s chief prosecutor’s office.

The U.S. State Department announced Tuesday afternoon it “strongly condemns” the arrest of Guevara and “harassment” of Guaido in a statement on Tuesday, calling for Guevara’s “immediate release.”