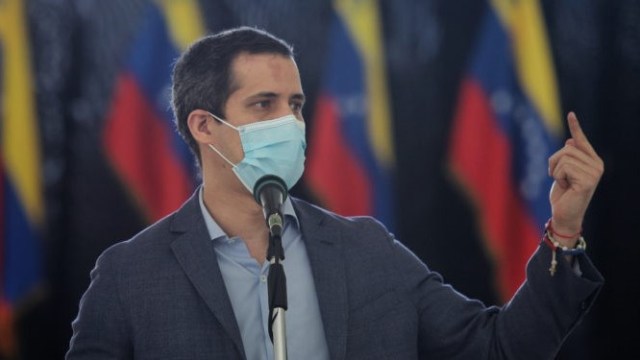 Release of nearly $2bn Venezuelan gold held by Bank of England hinges on who London recognises as the country’s leader.

The British government has sought to quash a bid by the Nicolas Maduro-backed Venezuelan central bank to repatriate nearly $1bn of its gold stored in London by reasserting its backing of opposition leader Juan Guaido.

In an unequivocal statement, the United Kingdom’s government said it is “clear that Juan Guaido has been recognised by Her Majesty’s Government since February 2019 as the only legitimate President of Venezuela”.

The statement came as legal teams representing Maduro and Guaido were at the UK Supreme Court on Monday in the latest round of a long-running struggle over who should control what amounts to roughly 15 percent of Venezuela’s foreign currency reserves. The Bank of England currently holds the 14 tonnes of gold.

Central to the standoff is the question of which person London considers the rightful leader of Venezuela. A lower court had previously said the UK’s years-old recognition of Guaido was “ambiguous”.

In the statement on Monday, the British government, which had been invited to clarify its position by the UK Supreme Court, asserted it has the has “the right to decide who to recognise as the legitimate head of a foreign state”.

Maduro has demanded access to the gold to help the cash-starved nation fight the coronavirus pandemic. Lawyers representing him have argued that he is still president of Venezuela and that the UK has recognised this by continuing diplomatic relations with his government.

Guaido, who was the leader of Venezuela’s National Assembly before challenging Maduro’s claim to the presidency in 2018 amid claims of election fraud, has sought to preserve the gold stash at the Bank of England to keep it out of the hands of the Maduro government.

While the stark statement from London appeared to be a coup for Guaido, lawyers for Maduro argued it instead strengthened their case.

“That means that the position remains that Mr Maduro is in effective control in Venezuela.”