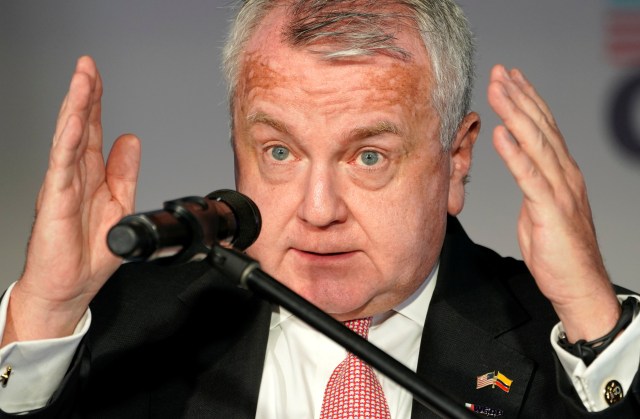 The meeting, which comes as Russia continues its nearly three-month war in Ukraine and roughly a month after they agreed to a prisoner swap, was pre-scheduled, and they were set “to discuss a narrow set of bilateral issues,” the official explained.

The official did not provide specific details about the meeting or topics, adding, “In general, we do not provide readouts of diplomatic communication.”

Russia released Trevor Reed, an American and former Marine who had been wrongly detained, in exchange for Konstantin Yaroshenko, a Russian pilot serving a 20-year federal prison sentence in Connecticut for conspiracy to smuggle drugs into the United States, late last month.

There are now two Americans, Paul Whelan and Brittney Griner, who are being wrongfully detained in Russia. Whelan, also a former Marine, has been detained for more than three years after getting arrested and convicted of being a spy despite his repeated denials, while Griner, a professional basketball player, was allegedly caught with illegal drugs at a Moscow airport.

The families of Americans who are being wrongfully detained abroad recently rallied outside the White House with the hope of getting a meeting with President Joe Biden and raising awareness. Reed’s father and sister, Joey and Taylor, and Whelan’s sister Elizabeth participated with those who have relatives being detained in Iran, Venezuela, and China, among other countries.