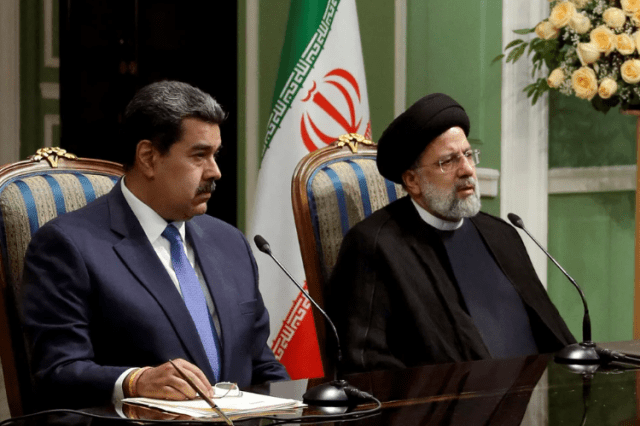 A tanker built by an Iranian shipyard for Venezuela plans to depart next month from the Middle Eastern country with a cargo of fuel components for the gasoline-thirsty nation, three sources with knowledge of the deal told Reuters.

The new vessel is the latest sign of the growing energy collaboration between the two nations under U.S. sanctions. Irán and Venezuela are increasingly swapping crude for diluents and for fuel the South American country desperately needs due to the poor condition of its refining network.

The deals have given a boost to Venezuelan President Nicolás Maduro, who is not recognized by the U.S. government as the country’s leader, by helping him revive Venezuela’s economy after years of recession and hyperinflation.

The Aframax tanker Yoraco is the second vessel built by Iran’s SADRA shipyard for Venezuela, and two more are on order. Maduro, who visited Tehran last week as part of a tour touching the Middle East and Asia, was present at Yoraco’s launch.

Once tests of the 60 million euro Yoraco’s seaworthiness are completed, the maritime arm of Venezuela state oil company PDVSA plans to send a crew to the Iranian port city of Bushehr to take command of the vessel, one of the sources said.

PDVSA executives also are preparing a chartering contract for a cargo of Iranian fuel components to depart in about 35 days, another source said.

PDVSA and SADRA did not reply to requests for comment.

The tanker, which is temporarily flying Iran’s flag, had its transponder on this week showing it floating near Bushehr, on the Persian Gulf, Refinitiv Eikon monitoring data showed.

SADRA in 2014 built another tanker for Venezuela that was originally called Sorocaima. But it took three years before it could commercially navigate after U.S-sanctions on Iran prevented it from obtaining insurance and classification.

Following a lawsuit that got the tanker detained in 2019 and several name and owner changes the vessel, now called Colon, is in Venezuelan waters, according to Refinitiv data.

Under late President Hugo Chávez, Venezuela ordered over 40 tankers from shipyards from China to Argentina to replace PDVSA’s aging fleet. But only a few were ever delivered, and some were lost due to unpaid bills.