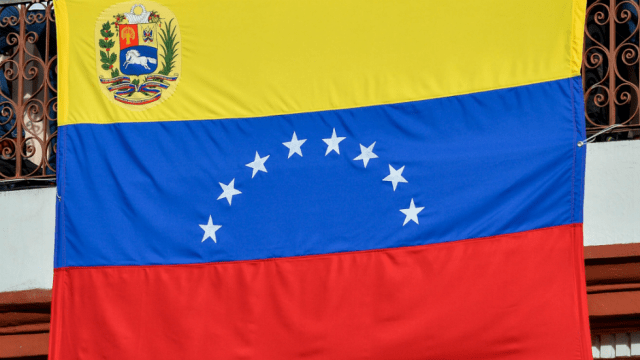 Venezuela, country located at the northern end of South América. It occupies a roughly triangular area that is larger than the combined areas of France and Germany. Venezuela is bounded by the Caribbean Sea and the Atlantic Ocean to the north, Guyana to the east, Brazil to the south, and Colombia to the southwest and west. The national capital, Caracas, is Venezuela’s primary centre of industry, commerce, education, and tourism.

Venezuela administers a number of Caribbean islands and archipelagos, among which are Margarita Island, La Blanquilla, La Tortuga, Los Roques, and Los Monjes. Since the early 19th century Venezuela has claimed jurisdiction over Guyanese territory west of the Essequibo River totaling some 53,000 square miles (137,000 square km) – nearly two-thirds of the land area of Guyana. Venezuela also has had a long dispute with Colombia over the delimitation of maritime boundaries in the Gulf of Venezuela and around the archipelago of Los Monjes.

A physiographically diverse country, Venezuela incorporates the northern Andean mountain chains and interior highlands, the main portions of the Orinoco River basin with its expansive Llanos (plains), Lake Maracaibo, which is the largest lake in South América, and the spectacular Angel Falls, the world’s highest waterfall. The republic’s development pattern has been unique among Latin American countries in terms of the speed, sequence, and timing of economic and demographic growth. In the 20th century Venezuela was transformed from a relatively poor agrarian society to a rapidly urbanizing one, a condition made possible by exploiting huge petroleum reserves. These changes, however, were accompanied by imbalances among the country’s regions and socioeconomic groups, and Venezuela’s cities swelled because of a massive and largely uncontrolled migration from rural areas, as well as mass immigration, much of it illegal, from Colombia and other neighbours.

Venezuela, like many other Latin American countries, has a high percentage of urban poverty, a massive foreign debt, and widespread governmental patronage and corruption. Venezuela’s social and political ills have been compounded by natural disasters such as the floods that devastated sections of Caracas, La Guaira, and other coastal areas in late 1999. On the other hand, from 1958 to the early 21st century the republic was more democratic and politically stable than most other Latin American nations, and its economy benefited from a thriving petroleum industry that capitalized on the world’s largest known oil reserves. Venezuela’s position in the world became more precarious during the second decade of the 21st century as a result of the controversial rule of revolutionary leader Hugo Chávez, a significant decline in the fortunes of its petroleum industry, and the increasing authoritarianism of Chávez’s successor, Nicholás Maduro.

The Venezuelan landscape includes towering mountains, tropical jungles, broad river plains, and arid coastal plains, all of which provide a diversity of natural habitats and a range of challenges to social integration and economic development.

Venezuela’s topography can be divided into three broad elevational divisions: the lowland plains, which rise from sea level to about 1,650 feet (500 metres), the mountains, which reach elevations of some 16,400 feet (5,000 metres), and the interior forested uplands, with scattered peaks above 6,550 feet (2,000 metres). Within these broad divisions, seven physiographic regions can be distinguished: the islands and coastal plains, including the Orinoco delta; the Lake Maracaibo Lowlands; the Mérida and Perijá ranges of the Andes Mountains; the coastal mountain system (with its Coastal and Interior ranges); the northwestern valleys and hill ranges, also called the Segovia Highlands; the Llanos; and the Guiana Highlands.

The islands and coastal plains are located in the north. They include the Caribbean “Islands to the Leeward,” such as Margarita and La Tortuga, and several peninsulas, including the head-shaped Paraguaná in the northwest and, in the northeast, Araya and Paria, the latter a finger of land pointing at Trinidad. The coastal plains extend from the Colombian border and the Gulf of Venezuela eastward to the foothills of the coastal mountains, which are broken in the east by the Unare River basin. Farther east is the Orinoco delta, which opens onto the Atlantic Ocean through a number of distributaries (caños); an early gateway to the settlement of the interior, it is a low, dank, and swampy area heavily dissected by streams.

The two branches of the Andes that traverse northwestern Venezuela, including the country’s highest peaks, are northeastward extensions of the Colombian Andes’ Cordillera Oriental. The western branch, known as the Perijá Mountains (Sierra de Perijá, or Serranía de los Motilones), runs along the border with Colombia, whereas the eastern branch, the Cordillera de Mérida, extends from the border to Lara state and divides the Lake Maracaibo basin from that of the Orinoco River. Physiographically, the Segovia Highlands, northwest of Barquisimeto, and the coastal ranges may also be considered parts of the Andes chain. The highest point in the Venezuelan Andes is Bolívar Peak (La Columna), which rises to 16,332 feet (4,978 metres) in the Cordillera de Mérida. Between the high Andean ranges are Lake Maracaibo and its associated lowlands; this basin is one of the main oil-producing regions of the country.

The coastal mountain system, in effect two parallel ranges – the Coastal Range and the Interior Range – contains Venezuela’s greatest concentration of population, although it covers only a tiny fraction of the national territory. In the intermontane valleys are the major cities of Caracas, Valencia, and Maracay, and all but the steepest slopes are populated. Naiguatá Peak, at 9,072 feet (2,765 metres), is the highest point in the coastal system.

The valleys and hill ranges of the northwest lie east of Lake Maracaibo and form, in part, a transitional upland zone between the Coastal and Andean mountains. Elevations there range from 1,600 to 5,500 feet (490 to 1,680 metres). Within this region is the only desert in Venezuela – the sand dunes around the city of Coro.

Along the course of the Orinoco River lie the Llanos, a relatively level region of savannas and tropical rainforests, where the land undulates only between low mesalike interfluves and shallow, meandering, braided river courses. Cattle raising and oil exploration predominate in this sparsely populated region, which experiences river flooding in summer and drought in winter. From the Andean foothills to the Orinoco delta, the Llanos extend for some 800 miles (1,300 km), varying in width from about 100 miles (160 km) in the east to 300 miles (500 km) in the west.

From the Orinoco through the southernmost (Amazonas) territory bordering Colombia, Brazil, and Guyana are the vast Guiana Highlands, or Guayana, largely an upland surface of rounded hills and narrow valleys formed from ancient crystalline rocks. Occupying more than two-fifths of the country’s land area, it is the most remote and least explored part of Venezuela. Along the southern border with Brazil are groups of massive plateaus and steep-sided mesas, known as tepuis (tepuyes), capped with erosion-resistant sandstone and covered with intermingled savanna and semideciduous forest. Among the larger tepuis in the southeast are Camón, Chimanta, and the famous Mount Roraima, which rises to 9,094 feet (2,772 metres) along the Guyanese border. Like the lowland savannas of the Llanos, the tepuis experience extreme rainy and dry seasons.

Along the southeastern Guiana Highlands, in the region called La Gran Sabana, are Angel Falls (Parecupá Merú), the highest waterfall in the world, measuring 3,212 feet (979 metres) from the cliffs of the massive Auyán tepui (Auyantepui) to the valley floor below. Other major waterfalls in the region are Torón, Karuay, and Yuri. The highlands are sparsely settled but have tremendous resources; they abound in deposits of iron ore, gold, and diamonds, and they possess considerable hydroelectric potential, as well as hardwood forest resources. The Venezuelan military has long been concerned with the highlands because of the long-standing territorial dispute with Guyana, as well as illegal crossings of people, cattle, and narcotics over the Colombian and Brazilian borders.

The Venezuelan drainage network consists almost entirely of two watersheds, the largest emptying into the Atlantic Ocean and the other into the Caribbean Sea.

The Orinoco River and its main tributary, the Caroní, carry approximately four-fifths of the country’s surface runoff and occupy a basin of some 366,000 square miles (948,000 square km). The Orinoco’s source is in the southern Guiana Highlands; it first flows northwestward, then north, and finally eastward to its delta, emptying into the Atlantic Ocean across some 275 miles (440 km) of coastline. In the Orinoco’s middle course, where it flows eastward through the wide Llanos, it is joined by tributaries from the Llanos interior, such as the Apure and Meta, and by other tributaries originating in the Guiana Highlands to the south, such as the Caroní. One unusual configuration occurs near the river’s source, where, because of the almost level gradient, the Orinoco channel divides: one branch discharges southwest into the Casiquiare River, which joins the Negro, a tributary of the Amazon, whereas the other branch continues its northward flow through Venezuela.