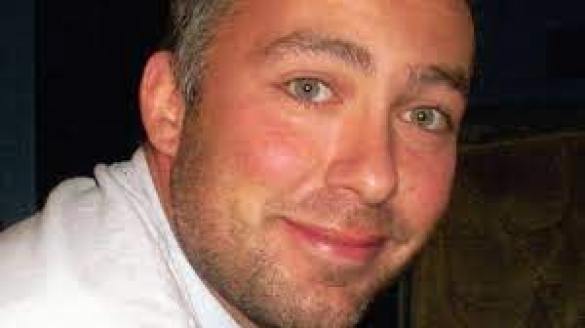 The Bring Our Families Home Campaign, an organization dedicated to raising awareness for Americans who are being held hostage or wrongfully detained abroad, unveiled a commemorative mural Wednesday with a surprise virtual attendee – one of the detained Americans.

The mural honoring 18 of the more than 60 Americans detained overseas was shared in an alley in the Georgetown neighborhood of Washington. As Jonathan Franks, the group’s spokesman, addressed the media on a blazing sunny day with reporters and family members squeezed into the small space, the relatives of Matthew Heath quickly walked to the end of the alley away from the cameras and the media.

Heath’s uncle, Everett Rutherford, told the media that the distraction was an impromptu call from his nephew, Matthew Heath, who has been detained in Venezuela since 2020.

“Before today, we had not talked to Matthew two times in eight weeks,” he said, choking up at times. “You saw us running for the back of the alley – the reason for that, Matthew called just now. And we were able to tell him what we’re doing for him, for the other families, how hard we’re working to try and get him home. Tried to give him a bit of courage and hope.”

Heath’s family said last month that he unsuccessfully attempted to end his life.

Special Presidential Envoy for Hostage Affairs Roger Carstens, who was at the mural dedication, and Ambassador Jimmy Story traveled to Caracas, Venezuela, shortly after his suicide attempt to have “discussions about the welfare and safety of wrongfully detained U.S. nationals in Venezuela and to press for their release,” a State Department spokesperson told the Washington Examiner at the time.

Heath’s mother, Connie Haynes, told the Washington Examiner at the event Wednesday that the U.S. representatives brought a medic with them, and she said that at some point while they were there, “it went from a rescue mission to a political issue.”

Earlier this week, President Joe Biden signed an executive order titled “Bolstering Efforts to Bring Hostages and Wrongfully Detained United States Nationals Home,” which gave government agencies more leeway to share intelligence with the families. It will also allow departments to sanction the people and entities they believe are responsible for the detentions.

Heath is among the 18 faces now plastered on the side of Levain Bakery.

Artist Isaac Campbell, the mural’s creator, told reporters that the families helped him and that many of the photos were the most recent ones the relatives possessed.

“You all have photographs at home of your loved ones,” he said. “And I think it would be terrible to think that that would be the last photo you have. But for many of these people, that’s the case. You can see time in the resolution of the pictures. When you look at different members and how blurry their faces are. When you’re talking about a digital camera picture from 2012 next to one from 2020.”