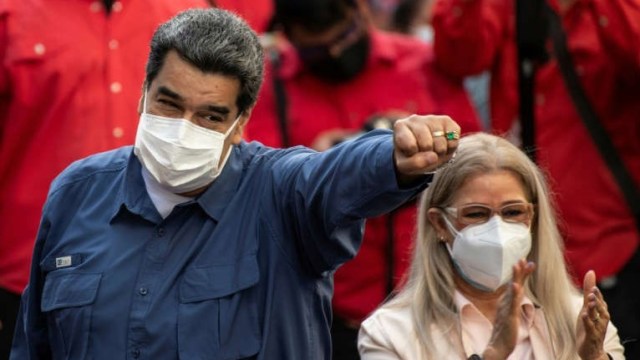 As the world struggles to contain rising prices, Venezuela, where hyperinflation has produced an exodus of millions of people, is managing to slow it – and in an unexpected way.

President Nicolás Maduro’s socialist government has succeeded in tapping the brakes on inflation with a toolbox of orthodox economic policies, five sources familiar with the matter and analysts said. Surging oil prices have also provided the OPEC nation with needed revenues.

The government’s strategy hinges on exchange rate stabilization by increasing the supply of foreign currency in cash in local banks while also limiting the expansion of credit, reducing public spending, and increasing taxes, sources said.

The Andean nation’s annualized inflation rate of 167% in May remains among the world’s highest. But prices have risen at single-digit rates since September, a welcome reprieve in a country where annual inflation peaked at over 130,000% in 2018.

In fact, Vice President and Finance Minister Delcy Rodríguez told a group of executives in May that Venezuela had “emerged from hyperinflation.”

While Venezuela has had two decades of statist economic policies under Maduro and former Presidents Hugo Chávez, Rodríguez’s approach to the crisis has been surprisingly orthodox. Analysts likened it to Maduro’s decision in 2019 to usher in an era of de facto dollarization by permitting more transactions in foreign currencies.

As higher oil prices boosted foreign currency flows to Venezuela, the central bank doubled its weekly supply of dollars to local banks in the first half. The supply to local banks reached $1.3 billion in this period, more than the nearly $1 billion offered in all of 2021, according to calculations by the local firm Sintesis Financiera.

The government “has a policy of stabilizing the exchange rate at any cost, which also includes the loss of international reserves,” said José Guerra, an economist and director of the non-governmental Venezuelan Observatory of Finance.

Rodriguez, who lacked significant experience in economics before becoming finance minister in 2020, has been advised by a group of former officials from Ecuador, sources familiar with the matter told Reuters.

Venezuela’s finance ministry, communications ministry, and central bank did not respond to requests for comment.

Liquidity, the amount of money in circulation, has grown less than in other periods, and spending cuts have been felt by public employees whose salaries have risen only once this year, widening the wage gap between public and private sector workers.

The central bank, meanwhile, has restricted credit by setting reserve requirements for banks at 73% of their deposits, so there are fewer funds available to lend to industry, two sources said.

Industry Minister Hipolito Abreu called the strategy “a measure to avoid pressure on the dollar, to protect ourselves” at a meeting this month in response to requests from businessmen about reviewing loan limits.

Meanwhile, the government is seeking to raise income with new taxes, such as one on foreign currency transactions, as Maduro tries to promote the bolivar’s use over the dollar.

The tax has had a partial effect. A measurement carried out by the local firm Ecoanalitica calculates that in March, 48% of payments for goods in Caracas were made in foreign currency, down from 59% last October.

“With the tax, we seek to strengthen the use of the local currency, restore confidence, and stabilize the exchange rate,” said Ramon Lobo, a congressman for Maduro’s party. (Reporting by Mayela Armas; Writing by Brendan O’Boyle; Editing by David Gregorio)

Read More: Reuters – Venezuela’s slowing inflation is surprising in more ways than one