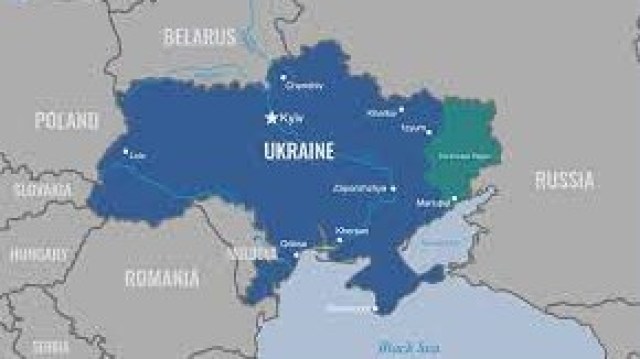 The exodus from Venezuela has grown to the point that its refugee numbers are now close to those displaced by the conflict in Ukraine – but the European crisis has drawn disproportionately more financial support, according to an advocacy group.

By Stars and Stripes – Bryan Pietsch and Hari Raj

The Venezuelan refugee crisis has for years been among the world’s largest but has recently ballooned, with more than 6.8 million refugees and migrants leaving the country since 2015 to avoid political chaos and economic collapse, according to an Aug. 5 estimate by R4V, an interagency platform led by the Office of the U.N. High Commissioner for Refugees and the International Organization for Migration. The tally of refugees from Ukraine was more than 7 million people as of Aug. 30, according to UNHCR data.

But while the numbers of displaced people are similar, the financial support for them has been disparate, the advocacy group Refugees International said, noting that the $1.79 billion Venezuelan regional migrant response plan was less than 14% funded as of Sept. 1. Meanwhile, the $1.85 billion regional response plan for Ukraine was 62% funded as of Aug. 25.

The “staggering and sobering” scale of the flight from Venezuela “highlights the depth of this crisis and the enormous gap in attention compared to a crisis with similar numbers, like Ukraine or Syria,” Rachel Schmidtke, senior advocate for Latin América at Refugees International, said in an email.

“Countries in Latin América urgently need funding to ensure Venezuelans can access work and protection” in the region, as well as safe transit, Schmidtke said.

Schmidtke also noted that the number of Venezuelan refugees had surpassed that of refugees who have left Syria, about 5.6 million, according to UNHCR.

Early in Russia’s war on Ukraine, media coverage of the crisis was criticized as uneven when compared with similar atrocities inflicted on people of color. One guest on the BBC noted “European people with blue eyes and blond hair being killed,” and a column in Britain’s Telegraph newspaper said of the Ukrainians: “They seem so like us. That is what makes it so shocking. War is no longer something visited upon impoverished and remote populations. It can happen to anyone.”

Still, the refugee crisis in Ukraine – which also includes millions displaced within the country’s borders – has been marked with intense violence and accusations of war crimes, including airstrikes and tortured killings. Venezuela’s exodus has in many cases been pushed by less graphic, though still catastrophic, forces.

Most people who left Venezuela have fled to other countries in Latin America and the Caribbean, and the migrant crisis has reshaped cities and towns across the Americas. More than three-quarters of Venezuela’s population live on less than $1.90 a day, the benchmark for extreme poverty, according to a study published by Andrés Bello Catholic University in September 2021.

Although the flow of refugees appeared to have slowed as the country’s authoritarian government adopted economic reforms and some Venezuelans returned home during the coronavirus pandemic, it has picked up again. At least 753,000 Venezuelans have left since November, the Associated Press reported last week, citing data from the countries receiving the refugees.

“Unlike other forced displacement crises around the world, which are the result of armed conflicts, in the case of Venezuela, multiple factors – including insecurity and violence, lack of access to food, medicine and essential services, as well as loss of income, aggravated by the impact of the COVID-19 pandemic – continue to figure into Venezuelans’ decision to leave,” UNHCR spokesperson William Spindler said in an email.

Spindler said the estimated number of Venezuelan refugees reflects “the scale of international support needed in the region.”

Thousands of Venezuelan migrants have crossed the U.S. border from Mexico, where Venezuelans can enter without a tourist visa. The United States does not recognize the presidency of Nicolás Maduro, whose ruling party claimed victory in November elections marred by the lowest turnout in decades, which has hindered authorities’ ability to send migrants back.

Read More: Stars and Stripes – Venezuela’s refugee crisis similar to Ukraine’s in scale, but not aid