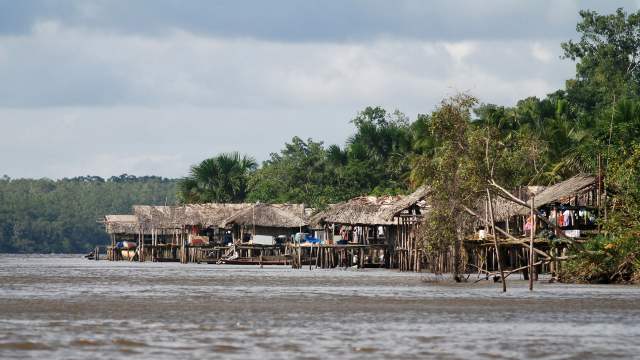 A Warao indigenous woman who gave birth to triplets in Delta Amacuro was hospitalized seven days later with severe malnutrition and dehydration, the NGO Kapé Kapé stated in an alert bulletin released this Friday, September 30th. She is the first Warao woman to give birth to triplets in the region, according to the records of the aforementioned organization.

Omaira Méndez, 19 yo, was transferred from the Jejukubaka community, Padre Bernal Parish in the Antonio Díaz Municipality to the Tucupita Maternal and Child Hospital, where she is interned receiving health care along with her triplets.

In 2021, the NGO Kapé Kapé carried out a survey monitoring of food security levels in indigenous villages in Bolívar, Amazonas and Delta Amacuro. The survey concluded that native families have little or no access to food.

“During the last month of the study, which was September 2021, no family enjoyed food security, more than 50% presented severe food insecurity. The food security of these populations is high risk and has consequences on the nutritional status, especially of children and their future,” the organization said in the report.

Omaira’s delivery was attended by a midwife in the middle of the night and with fear of not knowing how to deal with multiple births. The woman had been told that they were twins, but it turns out that three babies were born.

Roberto Torres, 22, the children’s father, said he and Omaira spent four days in San Francisco de Guayos, waiting to be transferred to the Tucupita hospital.

They both live from fishing and a small family farm. He declared to the NGO that they do not receive any type of state support. Kapé Kapé reiterated the serious situation that the Waraos of the Delta are going through. “Food insecurity is more than just hunger, it can affect health and well-being in numerous ways with potentially negative consequences for mental, social and physical health and development,” the organization stressed. 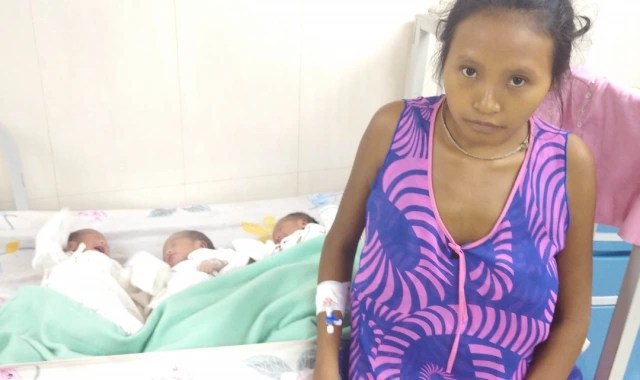