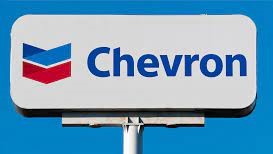 The United States is prepared to grant Chevron a license to pump oil in Venezuela as early as this weekend, pending the resumption of long-suspended political talks between the Venezuelan government and the country’s opposition in México City this weekend.

The news, reported by Reuters, would ease sanctions on Venezuela’s authoritarian regime and could pave the way for other U.S. oil-service companies to do business in the country.

The Biden administration has made clear that granting the new license is contingent upon the Venezuelan government resuming talks with its political opposition, which have been on hold since October 2021.

The discussions will be facilitated by Norway and will include the prospect of holding free and fair presidential elections in 2024, the status of hundreds of political prisoners, and the possibility of implementing more than $3 billion in Venezuelan government funds, currently frozen by the U.S., for humanitarian aid, according to Reuters.

If granted, the new license would allow Chevron to take operational control of its oil production and maintenance operations, which it shares with Venezuela’s state-run oil company, Petroleos de Venezuela SA.

The new permit would allow Chevron to operate in Venezuela under a sanctions framework similar to the one it had in 2019, which allowed it to trade its Venezuelan crude to recoup billions in pending debt.

The Trump administration suspended those privileges the following year as part of its “maximum pressure” campaign on the regime of Venezuelan President Nicolás Maduro.

The U.S. Treasury Department and State Department, which would both need to sign off on any expansion of licensing terms for Chevron, did not respond to the Washington Examiner’s request for comment.

News of the potential expansion comes as the Biden administration has struggled to reduce painful energy costs for consumers, which have soared following Russia’s invasion of Ukraine and recent OPEC+ production cuts.

Saudi Arabia warned Monday that it could extend those cuts further next month when the group meets in Vienna.

The Biden administration is bracing for even more market turmoil in December, when both the Russian price cap endorsed by G-7 nations and an EU ban on Russian seaborne crude take effect.