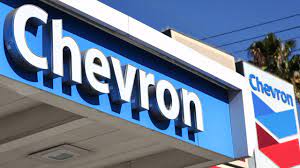 The Treasury Department is easing sanctions against Venezuela’s oil sector, allowing U.S.-based Chevron to pick operations up where they left off to comply with sanctions the Trump administration introduced in 2019.

Treasury’s Office of Foreign Assets Control issued a new general license on Saturday authorizing Chevron to resume “limited natural resource extraction operations” through its joint ventures with state-owned oil company Petroleos de Venezuela, opening the door for a rekindling of the energy trade between the U.S. and Venezuela.

What is Chevron’s footprint in Venezuela?

Chevron is a minority partner in five joint ventures with Petroleos de Venezuela, two of which were actively producing petroleum in 2019.

For comparison, the operators in the U.S. are currently producing around 12 million bpd.

Production in Venezuela, a member of the Organization of Petroleum Exporting Countries, was around 700,000 bpd in October, according to OPEC data.

What does Treasury’s license allow?

It also prohibits the expansion of joint ventures between Chevron and Venezuelan entities, and prohibits the sale of petroleum “produced by or through the Chevron JVs for the exportation to any jurisdiction other than the United States.”

Is there a market for Venezuelan crude oil in the U.S.?

The U.S. imported more than 19.6 million barrels of crude oil and petroleum products from Venezuela in January 2019, the month former President Donald Trump ordered sanctions against Petroleos de Venezuela. Of that total, the Gulf Coast received some 88%.

“Gulf Coast refiners were basically built – a lot of them were built to take this Venezuelan crude, which is heavier,” one oil industry source told the Washington Examiner. “It really helps the margin. So, when that stopped, it made conditions a bit more challenging.”

Valero and Citgo are among the premier customers of Venezuelan crude oil. Both have multiple refineries on the Gulf Coast.

“I have not seen anything in public [from refiners], but I would think that, at least in private, I think it would help regionally getting that crude to the market,” the person said.

What are the political ramifications?

The Treasury Department said its easing up on sanctions was driven by progress in talks between the socialist regime of Nicolás Maduro and the opposition movement Unitary Platform. The decision “reflects long-standing U.S. policy to provide targeted sanctions relief based on concrete steps that alleviate the suffering of the Venezuelan people and support the restoration of democracy,” the department said.

Republicans have taken shots at President Joe Biden for the decision. Former U.N. ambassador and prospective presidential candidate Nikki Haley said Biden “is willing to buy dirty oil from the brutal socialist regime in Venezuela” as opposed to “creating jobs and unleashing our energy.”

National Security Council coordinator John Kirby, in the White House briefing on Monday, pushed back on a line of criticism suggesting the Biden administration is preferencing the Venezuelan oil sector to the domestic sector.

Kirby pointed to the several thousand approved applications for permits to drill currently on the balance sheets of federal lessees and said there “are plenty of opportunities for oil and gas companies to drill here in the United States.”

White House officials and Democrats in Congress have frequently pointed to unused drilling permits to suggest companies have all they need to increase production.

Biden has supported policies to restrict oil and gas development on federal lands, ordering a pause on new oil and gas leasing during his first week in office.

A federal court enjoined Biden’s order, and the Interior Department has since carried out and scheduled multiple onshore oil and gas lease sales, albeit at a much slower rate than his predecessors.

Biden has also frequently urged oil and gas companies to increase production this year, and he signed the Inflation Reduction Act, Democrats’ green energy and health spending bill, in August.

The new law orders the Interior to carry out three previously canceled offshore lease sales and incentivizes the department to regularly lease federal parcels by tying the development of renewable energy on federal lands, a priority of Biden’s, to consistent oil and gas leasing.