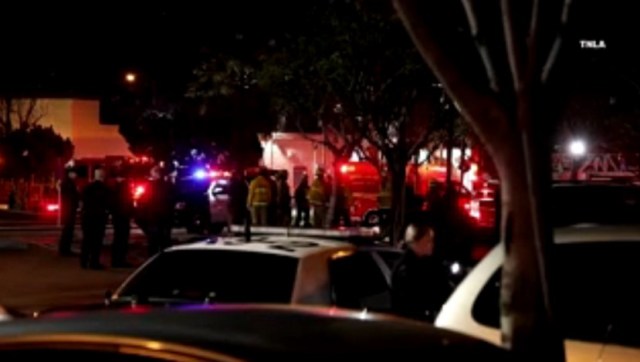 Hundreds of public sector workers including teachers, nurses and retired police officers took to the streets in Venezuela on Monday to demand better salaries and pensions at a time when the government of President Nicolás Maduro faces growing inflation.

Workers in Venezuela’s education and health sectors have held three peaceful demonstrations in a dozen cities so far this year to demand more money.

Venezuela’s minimum wage of 130 bolivars a month – around just $6 – was last adjusted in March 2022, when year-on-year inflation closed at 305%, according to non-governmental groups that monitor economic indicators in the absence of official data.

The government says that U.S sanctions have made it impossible to control consumer price growth.

In Maracaibo, the capital of the once-powerful oil-rich Zulia state in northwestern Venezuela, protesters marched to the governor’s office.

“What we are experiencing is more than abuse,” Zulia reservist policeman Gustavo González, 60, said. “We are starving.”

“We’re going to have to close the police hospital because (…) there isn’t even one bandage. We policemen from Zulia are forgotten, we don’t have shoes or uniforms,” González added.

“I never thought I would reach 63 in this way, relying on garbage to eat,” said Humberto Montiel, a pensioner who use to work on airport construction.

Montiel must clean patios and collect trash because “when my miserable pension runs out, I am still hungry,” he said.

In Valencia, a city in central Venezuela, José Francisco Jiménez, the general secretary of the Association of Employees of the University of Carabobo, said he and his colleagues had gathered to demand a dignified salary.

“With a (monthly) salary of just $10 it’s impossible for a family of four or five people to survive,” Jimenez, 56, said.